UpClose At Band On The Wall – Audience Reaction

Our 2015-16 UpClose series kicked off last night at Manchester’s Band on the Wall. This season, UpClose is being curated by the extraordinary young Norwegian trumpet virtuoso, Tine Thing Helseth, who last night presented The Soundtrack of My Life – the music that has defined her. 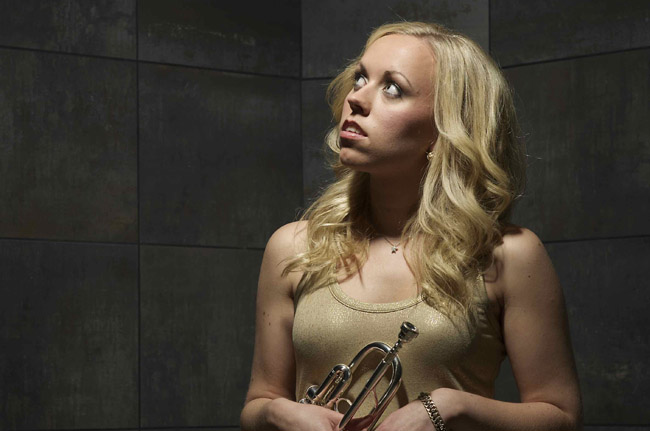 Manchester Camerata welcomed back Tine Thing Helseth, the renowned Norwegian trumpet player, to the Band on the Wall for the first of this year’s UpClose events.

Where to start! Well Tine started with the backing of her piano player and 5 members of the Camerata string section who, dressed in appropriately more casual attire than their usual concert black, launched into a series of 7 Romanian folk dances, followed by Weill’s Youkali.

The next piece was the highlight for me which was the arrangement of Joni Mitchell’s song Both Sides Now, which Tine explained had a particular significance in her life.

We were then taken through Tine’s teenage years with a variety of snippets including Mmmbop by Hanson and also included Barbie Girl by Aqua with some audience participation being in evidence.

After the interval film lovers were treated to two Ennio Morricone pieces, with the one from Cinema Paradiso being particularly well received by the film buffs in the audience.

Finally the tune that reminds people of my age of the Danger Mouse series (sorry it just does), Piazzolla’s Libertango – all that was missing was someone actually doing a tango, but I guess stage size matters, and we were not overly endowed with dance room. Tine made up for this by venturing into the crowd whilst playing, which was interesting as it gave a different depth to the sound.

For the encore, Tine put down the trumpet and sang a beautifully pitch perfect rendition of When you wish upon a star, made all the better for me by her soft Norwegian accent which drew a very eclectic and enjoyable evening to an appropriate conclusion.

Tine will be returning for 2 more UpClose dates: Tue 23rd Feb at the Gorilla Bar, then Sun 22nd May at Manchester Cathedral.