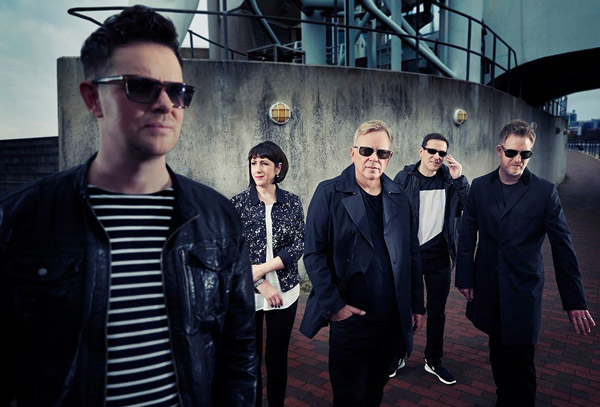 New Order recorded live strings with composer/arranger Joe Duddell and Manchester Camerata for their new album Music Complete. The recording took place at 80 Hertz Studios in The Sharp Project in Manchester back in April.

Duddell says: “For many people of my generation New Order provided the soundtrack of their teens. From first hearing Power, Corruption and Lies and Low Life aged 13 I was hooked if not obsessed. My first gig, my first club and my first drum audition all centred around them. So to be asked to be involved in this new album and be part of a creative process normally closed to anyone but band and producer was an honour and slightly surreal.”

He continues: ‘It was Bernard’s vision to include live strings. They deliver a more dynamic and alive recording than synthesized strings and compliment the musical ethos of this album – electronics and guitars in balance.’

Duddell and Sumner chose Manchester Camerata to record string arrangements for 5 songs. The session was recorded with 13 players in a 4:4:2:2:1 formation in 80 Hertz Studio’s state-of-the-art live room based at The Sharp Project, engineered by George Atkins.

Duddell says: “We wanted Northern players, a chamber-sized sound and an orchestra with an appetite for collaborating with bands. Manchester Camerata is one of Europe’s leading chamber orchestras and has a restless ambition to redefine what an orchestra can do. They were a natural fit”

Bob Riley, Chief Exec, Manchester Camerata commented: “It was fantastic to collaborate with New Order on their latest album, bringing two big Manchester names together from different sides of the musical spectrum. Camerata’s musicians are always open to working with a diverse range of artists and to be involved in the creation of this album was a real privilege.”

Regarding the string arrangements Duddell says: “The band’s brief was fairly loose and the songs were at an early stage when I first heard them, so while trying to fit the strings into the classic New Order sound world, I also had some scope to introduce a few things.”

Music Complete by New Order is released on Mute Records on 25th September 2015.