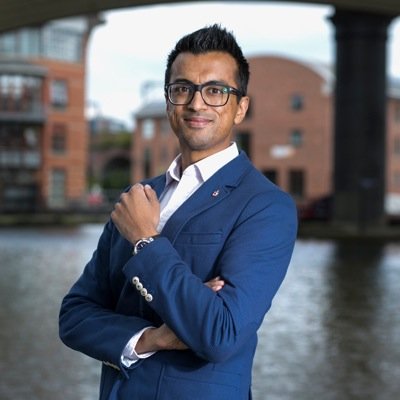 I am what could only be described as an ‘interested layman’ when it comes to classical music; it’s an area of the arts which I enjoy, listen to regularly, but not one which I know a great deal about…

With that in mind, here I was, waiting in a grey corridor at the Royal Northern College of Music (RNCM) with Paul Davies (Camerata’s Head of Marketing & Communications), who had promised me a rather special opportunity. In the lead up to this concert, I’d heard an awful lot in the regional press about Hannah Roberts, the orchestra’s principal cellist; and an incredible Stradivarius cello on loan to her from J&A Beare. 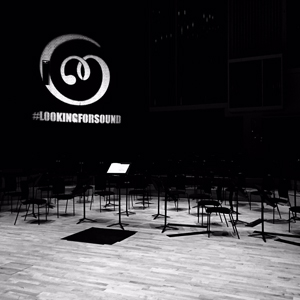 Hannah appeared in an animated fluster greeting Paul and I with an excited, “…so, do you want to see it!?” and a few moments later, under the watchful eye of the cello’s security guard (yes, you read that correctly), she carefully took the Stradivarius from its flight case. I have to admit, whilst it was clearly a beautiful object in its own right, it was only a few minutes later when she did a short practice that I realised why these instruments are held in such high-regard. My mind was still whirring with the various stresses and anxieties of my day, but as soon as she took bow to string, my world stopped. It was absolutely mesmerising hearing the rich, deep tone of that cello; and to be honest, it felt like a truly rare privilege to be whisked away from reality for a few seconds, by a supremely competent artist, playing an instrument which is- without exaggeration – a part of history (having been made by Stradivarius himself, In 1696). 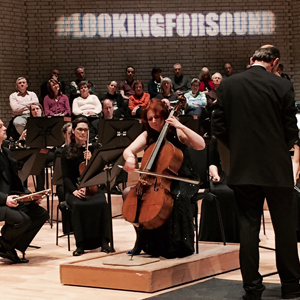 Georges Bizet, Symphony in C
The concert opened with a wonderful introduction from Gábor Takács-Nagy, giving the history behind the piece we were about to hear. Perhaps it was the introduction, or the piece itself; but listening you were really taken on a journey, and surprisingly; I enjoyed a piece quite outside a style I would normally listen to; the lesson? experimentation of the listener is just as important as that of the musician.

Edward Elgar, Concerto for Cello and Orchestra in E Minor, Op.85
Again, a wonderful introduction by Gábor, talking of how Elgar was a man suffering from both deep passion, and deep depression, who wrote this piece at a time of a, “ghastly conclusion to a ghastly war…” (World War I). This too was the piece where we were to hear Hannah Roberts and that Stradivarius cello. 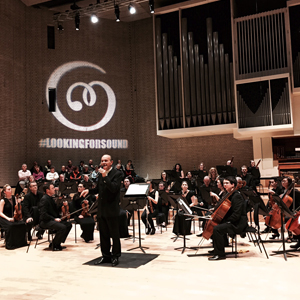 There are very few words with enough grace and impact to describe how stunning this was. Hannah is an immense talent, and with her skill – every single ear in the audience felt every single note she played, which collectively carried the history of every note played on that instrument through history.

The concerto took me personally on a journey. When I listen to music, I tend to close my eyes and just let the images flow, and with this – I was confronted by the naïve innocence of a bird flying through a post-war landscape, feeling out an environment more with emotion than logic. It was a surreal and enveloping experience and one which- without a doubt- has changed me somewhat. I spoke to some audience members after this piece, and interestingly many had also had the same type of story emerge in their minds.

Wolfgang Amadeus Mozart, Symphony No. 40 in G Minor K550
This is a familiar symphony (often used in TV, advertising and film), played beautifully by the Camerata. Mozart, like Elgar, was a man tormented by depression and struggle; and you could really feel that polarisation through the entire piece. Gábor conducted exceptionally, and led the orchestra through the ominous jarring undertones, childlike innocent parts, and on to the complex orchestral cycles. The imagery is perhaps akin to an observer of the duel between fox stalking a woodland creature it is stalking through different settings. It’s at once beautiful, yet dark… in other words, real.

Mozart Dance No. 6
Following a rapt applause, Gábor and the orchestra treated the audience to a wonderful encore. An effortlessly graceful dance by Mozart, written two months before his death where- as Gábor noted, the composer was perhaps already speaking to angels. This was again, just stunning – to get a gauge of how it sounded, just close your eyes, and imagine you are an observer following the path of a leaf silently as it dances in the wind on an autumn day.

I’ve been lucky enough to attend many concerts in my life, in many parts of the world, and I’m hugely proud of the fact that Manchester- my home city- has something as truly world-class as Manchester Camerata.

The level of talent on display by every single musician was so humbling, even more so when you realize that this incredible institution is a charity.

Back to News
Donate to Camerata Sign Up To Newsletter

Book Tickets What else is on Archives